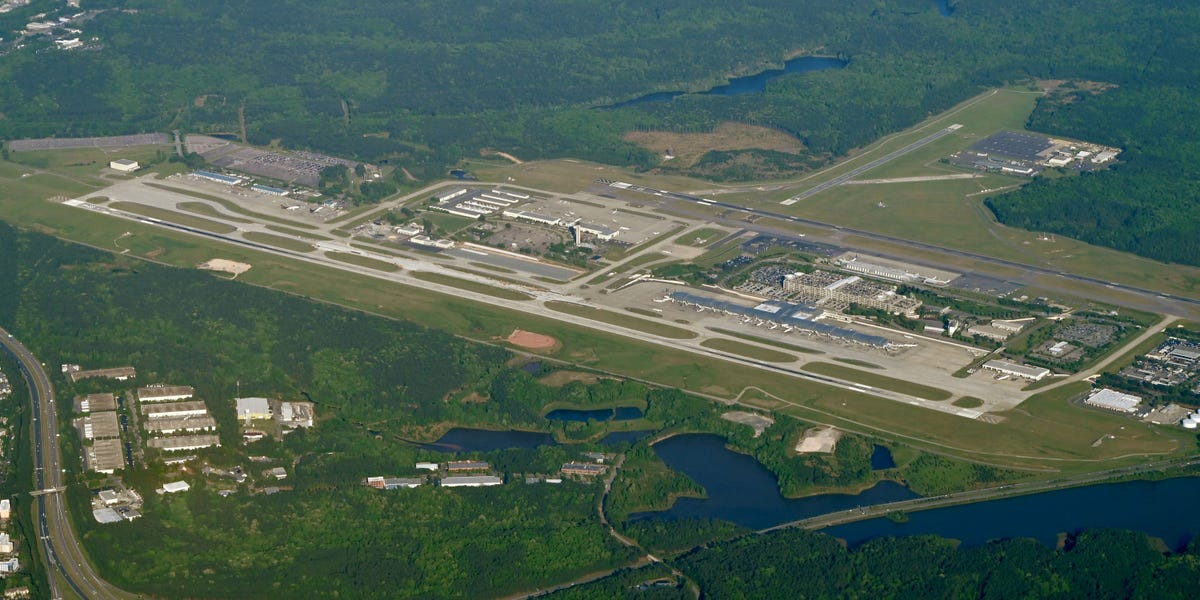 The co-pilot of a small cargo plane died after falling or jumping in the air, The News & Observer reported.

Authorities said the 23-year-old man’s body was found Friday in a yard in the North Carolina town of Fuquay-Varina, about 30 miles south of Raleigh-Durham International Airport where the aircraft made an emergency landing with a damaged landing hear.

Authorities have named the man Charles Hew Crooks but have not yet determined whether he jumped or fell from the plane. He was not wearing a parachute, the newspaper reported.

Daishin Patel of Wake County Emergency Management told a news conference that search teams had “hoped for a better outcome.”

He said Patel authorities did not know how high the plane was flying when Crooks left the plane, according to the report. However, a recorded route of the plane’s flight from ADS-B Exchange, a flight tracking website, suggested the plane was at about 3,850 feet.

The pilot made an emergency landing after reporting that one of the wheels had separated from the landing gear. He was taken to a nearby hospital with minor injuries.

The Federal Aviation Administration, the National Transportation Safety Board and local, state and federal authorities are investigating, according to the report.

According to FlightAware.com, the plane took off from Raeford in Hoke County at 1:10 p.m. and landed around 2:49 p.m. Airport officials were unable to confirm whether the airport where the plane landed was its intended destination.

Insider contacted the airport, the FAA and the National Transportation Safety Board for comment.