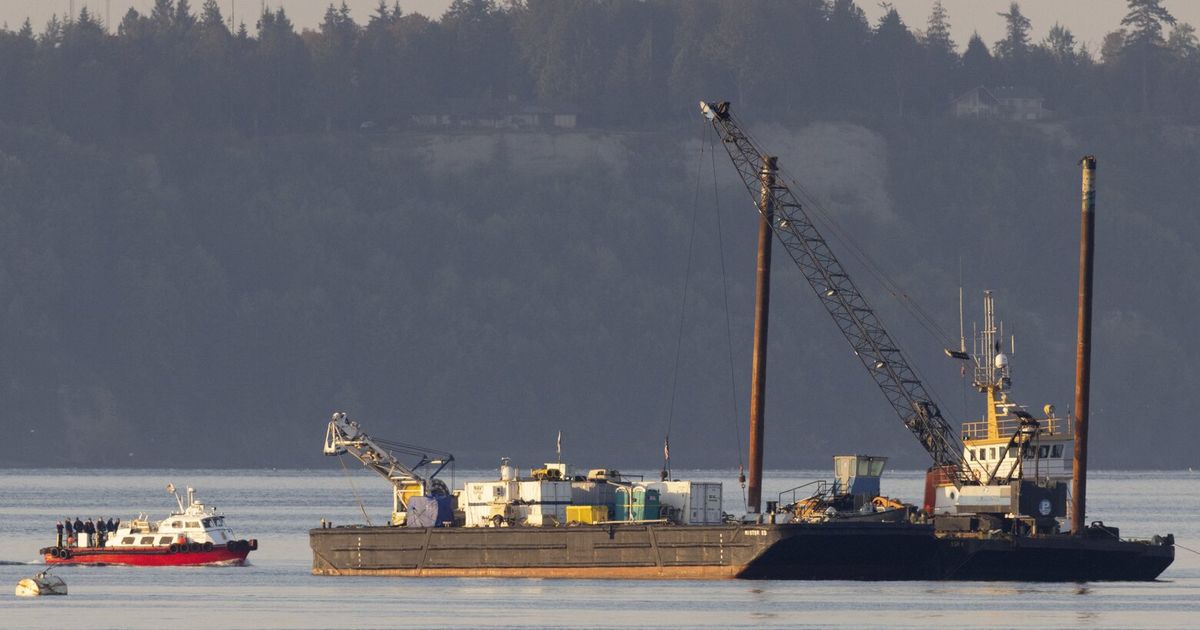 The bodies of several victims of the deadly Labor Day weekend plane crash in Mutiny Bay have been found, along with most of the debris.

Island County Emergency Management confirmed that several victims had been recovered, but Deputy Director Eric Brooks said Thursday afternoon he was not yet able to confirm the number found.

About 80% of the plane, including the engine, was recovered and brought to the surface using remote-operated vessels, National Transportation Safety Board Chair Jennifer Homendy said Thursday. Homendy is part of the crew of the barges leading the recovery efforts that began Tuesday in a shipping channel off Whidbey Island.

The plane was a de Havilland DHC-3 Otter, a regular in the Seattle-area seaplane ecosystem, which flew from Friday Harbor to Renton on Sept. 4 before crashing into the water, causing a big splash and a loud boom.

Immediately after, onlookers and first responders found only small pieces of potential debris, a few personal items and the body of 29-year-old Gabby Hanna, with no trace of the other nine people on the plane.

On Thursday afternoon, Homendy said crews had found and were working to fit a wing and several flight control parts, including a horizontal stabilizer and the plane’s two control elevators. Crews have identified the propeller and gearbox and are looking for the ailerons, which control the plane’s roll.

As they seek to recover the plane’s ‘four corners’ – nose, tail and both wings – Homendy said crews were happy with the progress made in just over 48 hours of recovery and would likely halt the operation in the next two. days.

“The wreckage recovery operation is going very well,” Homendy said, noting that teams of 20 to 23 people from the NTSB, Navy, Island County Sheriff’s personnel and contractors have been working 12-hour shifts around the clock since Tuesday.

Although dozens of witnesses identified the crash site, it took officials more than a week and several types of sonar to locate the plane due to the depth and current of the channel at Mutiny Bay. Recovery efforts began on Tuesday, with remotely operated vehicles diving more than 150 feet below the surface to retrieve the wreckage.

Homendy said recovery is halted for a few hours of the day due to strong currents below the surface.

“There are times when we can’t have the ROV in the water because we can’t move it forward,” she said, noting that crews have to wait for “slack tide” , or a period when there is little or no horizontal movement in the water, to pick up the effort.

Once the recovery is complete, the NTSB will deposit the wreckage in a safe place and experts will begin combing through the debris to find potential causes.

The process can take 12 to 24 months, according to Homendy, as the NTSB assesses “man, machine and the environment” to determine the probable cause of the fatal accident.

In the meantime, she noted, the NTSB will share any potential urgent safety information with the Federal Aviation Administration, including if there is reason to be concerned about any part of the de Havilland Canada DHC-3. Otter.

“If we have a problem with the fleet, we will do something about it. We’re not going to wait,” Homendy said.

NTSB officials released a preliminary report saying the plane had undergone a 100-hour inspection — a routine checkup done every 100 flight hours — just three days before the incident and had completed an earlier trip the same day.

According to the report, inspections were completed in August and September of the lower control column assembly and elevator control tabs, as required by FAA airworthiness guidelines.

The FAA established the guideline in 2004 for elevator control flaps – small hinge mechanisms that contribute to the aircraft’s elevator system, which helps a pilot control the aircraft’s pitch or vertical movement of the aircraft. nose. It came after reports that the elevator servo-tab system control rod could come loose from the lug, causing the servo-tab to “float” on DHC-3 Turbine Otter seaplanes with a turbine engine. installed.

The floating servo tab has been linked to several DHC-3 crashes.

2022-09-29
Previous Post: Our WizzAir jet engine caught fire and left us on vacation – we had to share a room with strangers
Next Post: Manawatū men who built their own plane