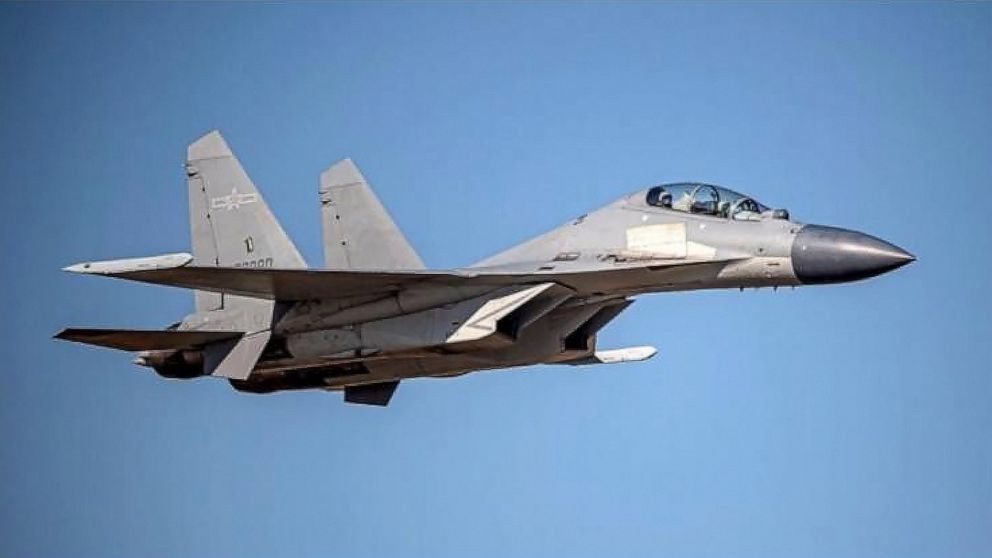 BEIJING — Australia said on Sunday that a Chinese fighter jet had carried out dangerous maneuvers threatening the safety of one of its maritime surveillance planes over the South China Sea and forcing it to return to base.

Prime Minister Anthony Albanese said his government had expressed concern to China over the May 26 incident, which the Ministry of Defense said took place in international airspace where a Chinese J-16 intercepted a P-8A Poseidon surveillance aircraft while on routine patrol.

Defense Minister Richard Marles said the Chinese J-16 flew very close to the Australian plane and launched flares and chaff which were ingested by the engines of the Poseidon, a Boeing 737-800 converted.

“The J-16 … sped up and clipped the nose of the P-8, settling in front of the P-8 at very close range,” he told reporters in Melbourne. “At this time, he then released a chaff packet, which contains small pieces of aluminum, some of which were ingested into the engine of the P-8 aircraft. Obviously, this is very dangerous.

He said the P-8 crew responded professionally and returned the plane to base.

There was no official response Sunday from Beijing.

Such incidents are not without precedent. A collision between an American EP-3 surveillance plane and a Chinese air force plane in April 2001 resulted in the death of the Chinese pilot and the 10-day detention of the American crew by China.

Relations between Australia and China have been poor for years after Beijing imposed trade barriers and denied high-level exchanges in response to Canberra’s enactment of rules targeting foreign interference in its domestic politics.

Australia and others have also sought to block Chinese incursions into the South Pacific, including Beijing’s signing of a security deal with the Solomon Islands that could see China stationing troops and ships in the South Pacific. archipelago, which lies less than 2,000 kilometers (1,200 miles) from the Australian coast.

Last month’s incident comes amid increasingly aggressive behavior by the Chinese military in border areas and at sea targeting aircraft, ships and ground forces from India, Canada, the United States. United States and the Philippines.

In February, Australia said a Chinese navy vessel also fired a laser at one of its Poseidon surveillance planes, illuminating it in flight over Australia’s northern approaches and highlighting endanger the safety of the crew.

China claims nearly all of the South China Sea and has steadily increased pressure against other countries claiming parts of the strategic waterway. This includes building military installations on artificial islands and harassing foreign fishing vessels and military missions in the international air and sea.

The United States and its allies have consistently challenged Chinese claims by organizing military patrols and exercises in the region, prompting angry reactions from Beijing despite agreements to reduce tensions.