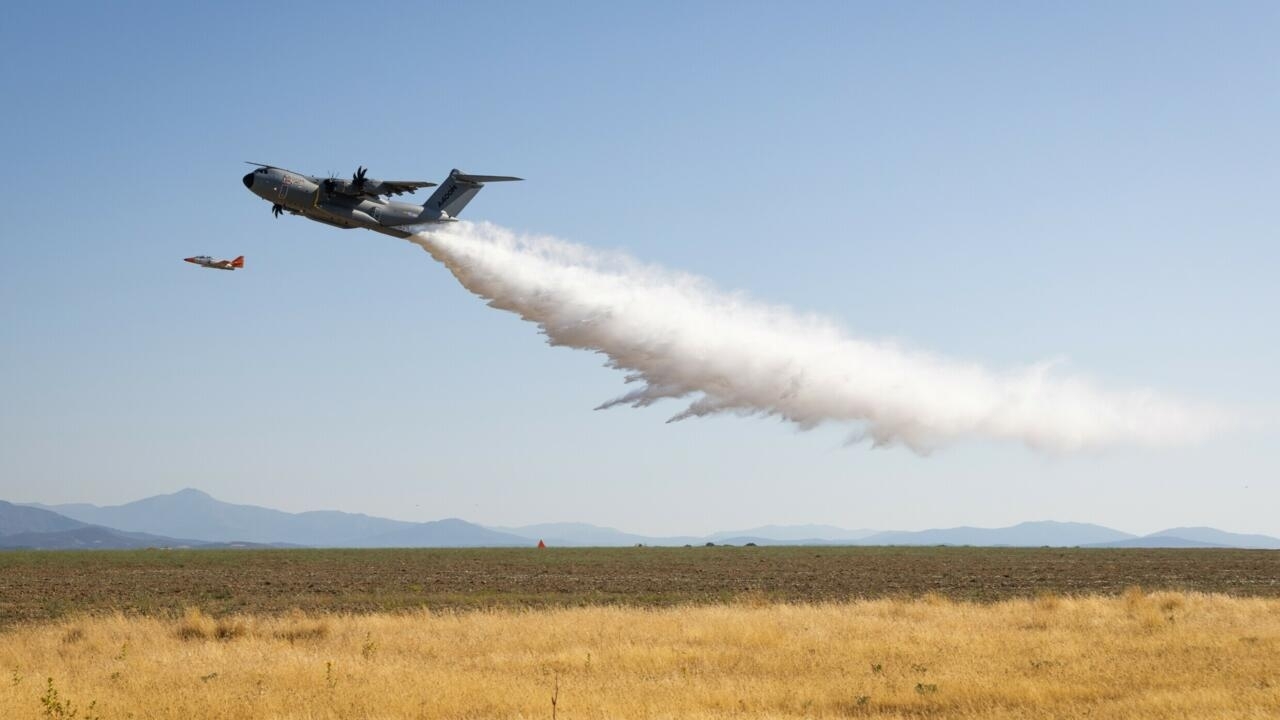 Airbus tests the A400M military plane as a water bomber

Paris (AFP)- Airbus said on Tuesday it had successfully tested its A400M military transporter as a water bomber as heatwaves spark an increasing number of forest fires during the summer in Europe.

“Airbus has successfully tested a removable firefighting demonstrator kit on the next-generation A400M transport aircraft during a flight test campaign in Spain,” the European aircraft manufacturer said in a statement.

The test consisted of dropping 20 tons of water in less than 10 seconds, the statement said.

Airbus said the roll-on/roll-off kit does not require any modification to the A400M aircraft.

The water is stored in a fixed tank in the hold, and retained by two independent doors. These gates are connected to two flood pipes, so when the discharge is triggered, water is expelled through two sections at the end of the ramp.

Due to its low-flying capability and low-speed maneuverability, the A400M can accurately drop water payloads at very low heights, down to 150 feet (50 meters), Airbus said. .

“The development of this firefighting kit is an integral part of our journey to create a more sustainable and safer world, not only through our actions, but also through our products,” said Mike Schoellhorn, Director of Airbus Defense and Space.

“We strongly believe that the A400M can play a vital role in combating the ever-increasing threat posed by wildfires and supporting the restoration of social and environmental systems.”

Airbus deputy military aircraft director Jean-Brice Dumont said the purpose of using the A400M as a water bomber was not to compete with those of rival Canadair, but to complement them.

Canadair’s water bombers have a capacity of 6,000 liters, only one third of that of the A400M. But while the Canadair water bomber can draw water from a lake, the A400M must land to fill its water tanks.

Scientists say human-induced climate change is amplifying extreme weather events – including heat waves, droughts and floods seen in many parts of the planet in recent weeks – and say these events will become more frequent and more intense.