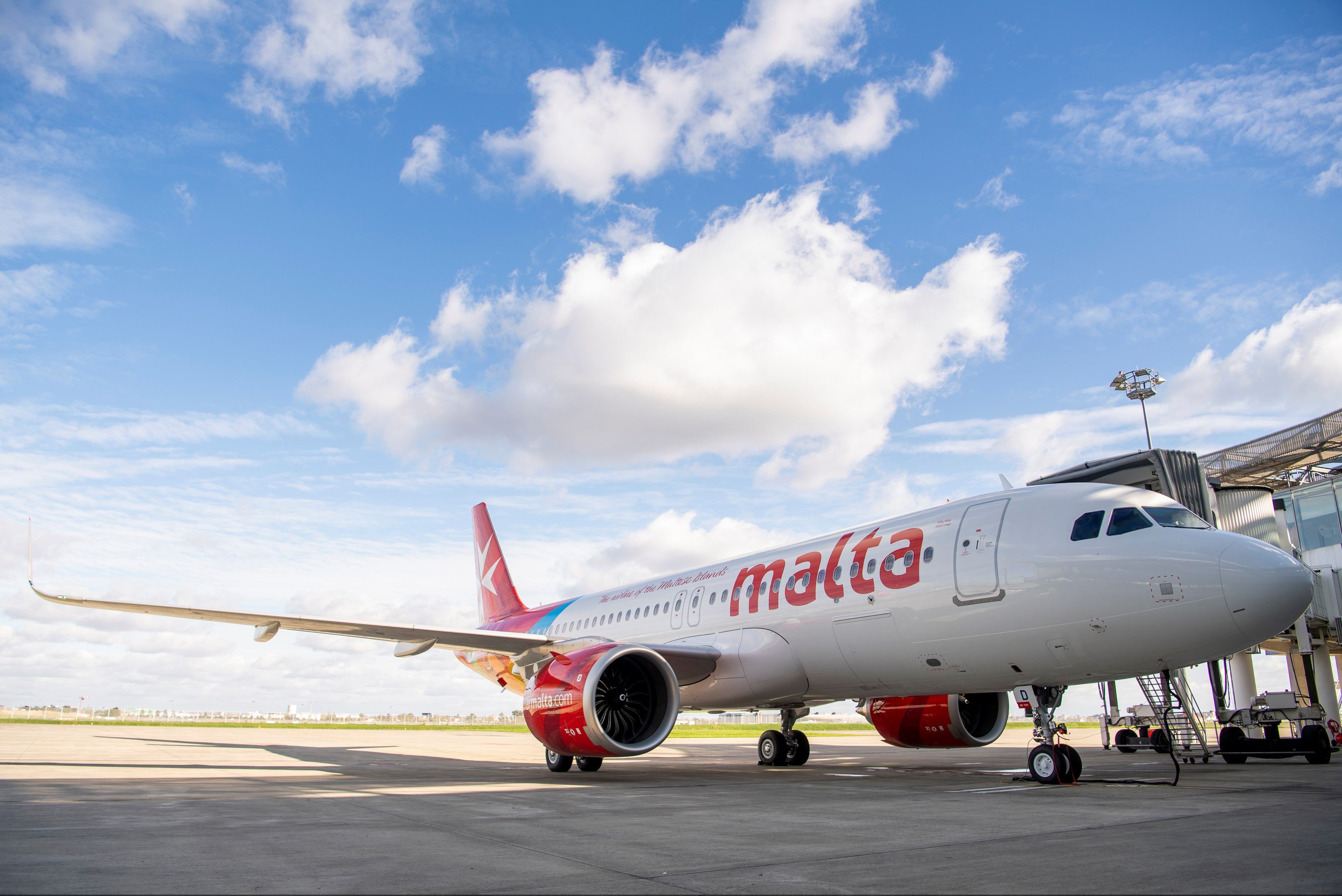 Pope Francis recently made a brief two-day visit to Malta and its islands. While his return trip took him to Rome, the airline he flew with was not, as you might expect, Italian airline ITA Airways. Instead, the honor went to Malta’s national airline Air Malta, with the carrier deploying its youngest aircraft for the flight.

Air Malta welcomed the opportunity to carry such an important character and even fitted the relevant aircraft with a bespoke three-class cabin. The airline explained in a statement yesterday that this includes “the papal suite forward, a central cabin for Church prelates and other dignitaries accompanying the Pope, and an aft cabin for media representatives covering the Pope’s visit.”

Along with his aforementioned dignitaries and media representatives, the Pope was also accompanied by David G Curmi, Executive Chairman of Air Malta. While this was the first time Pope Francis has flown with the airline in an official capacity, Air Malta has flown with previous Popes on three occasions. The carrier explains that:

The flight in question

The flight number that took Pope Francis from Malta International Airport (MLA) to Rome Fiumicino (FCO) was KM4282. Although a special mention about this designation first comes to mind, the Maltese flag bearer has actually put a lot of thought into it. It has strong religious significance, with the airline explaining that:

“KM4282 was chosen because of the reference in the “Acts of the Apostles” of the Bible, chapter 28 verse 2, to Malta and the extraordinary hospitality shown by the Maltese after the shipwreck of Saint Paul on the islands in 60 AD.”

As for the timings of the flight, it left Malta on Sunday evening, and its departure at 7:15 p.m. local time was an hour later than expected. According to data from FlightRadar24.com, he took off for an hour and 15 minutes, arriving in the Italian capital at 8:30 p.m. This represents a total delay of 45 minutes. The plane returned to Malta at 9.59pm that evening, landing an hour later.

Stay informed: Subscribe to our daily and weekly summaries of aviation news.

The plane which had the honor of transporting Pope Francis and his delegation at the end of their Maltese visit was an Airbus A320neo registered 9H-NED. According to data from ch-aviation.com, it is one of four A320neos in the Air Malta fleet. These new-generation narrow bodies accompany three older A320-200s.

The 180-seat jet is the carrier’s youngest aircraft, having been delivered less than two years ago, in August 2020. As of January 31 this year, it had accumulated 2,567 flight hours over 1,185 cycles, of which the average duration was two hours. and 10 minutes. Since flying the Pope he has flown back and forth to London Gatwick and Heathrow (both yesterday) and Amsterdam (today).

What do you think of this special flight? Have you ever traveled with Air Malta? Let us know your thoughts and experiences in the comments!

Journalist – With a degree in German, Jake is passionate about aviation history and enjoys testing new carriers and planes even if it requires an unorthodox itinerary. A passionate amateur photographer, he also recently passed the milestone of flying his 100th sector as a passenger. Based in Norwich, UK.

2022-04-05
Previous Post: Is this the craziest plane livery?
Next Post: ADVENTUROUS! Mohsin Khan leaves for another adventure after flying a plane in Australia