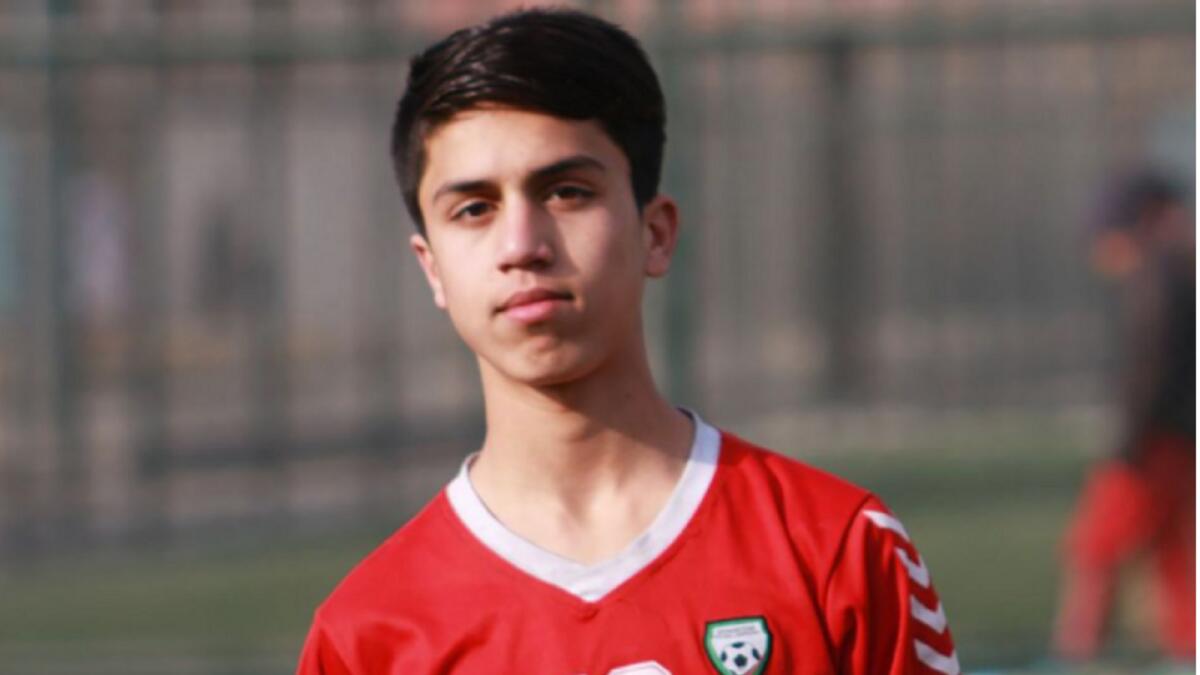 An Afghan footballer who played for the national youth team has died after trying to cling to a US plane carrying people out of Taliban-controlled Kabul, a sports federation said Thursday.

Afghanistan’s Directorate of Physical Education and Sports, a government institution that has worked with sports groups, has confirmed Zaki Anwari’s death in the chaos that erupted at the capital’s airport this week.

“Anwari, like thousands of young Afghans, wanted to leave the country but fell from a US plane and died,” the group said in a statement posted on Facebook.

Thousands of Afghans have flocked to the airport this week in an attempt to flee the country, following the Taliban’s lightning offensive that ended in their seizure of power when President Ashraf Ghani fled.

In a heartbreaking video from the airport on Monday, hundreds of people were seen running alongside a US Air Force plane as it picked up speed on the runway – several men standing desperately to the side .

Other clips on social media appeared to show two people falling to death from a C-17 plane after it took off.

Human remains were later found in a wheel arch, the US military confirmed, adding that it was investigating the reported deaths linked to the C-17.

“Before the aircrew could unload the cargo, the plane was surrounded by hundreds of Afghan civilians,” US Air Force spokeswoman Ann Stefanek said.

“Faced with a rapidly deteriorating security situation around the aircraft, the crew of the C-17 decided to leave the airfield as quickly as possible.”