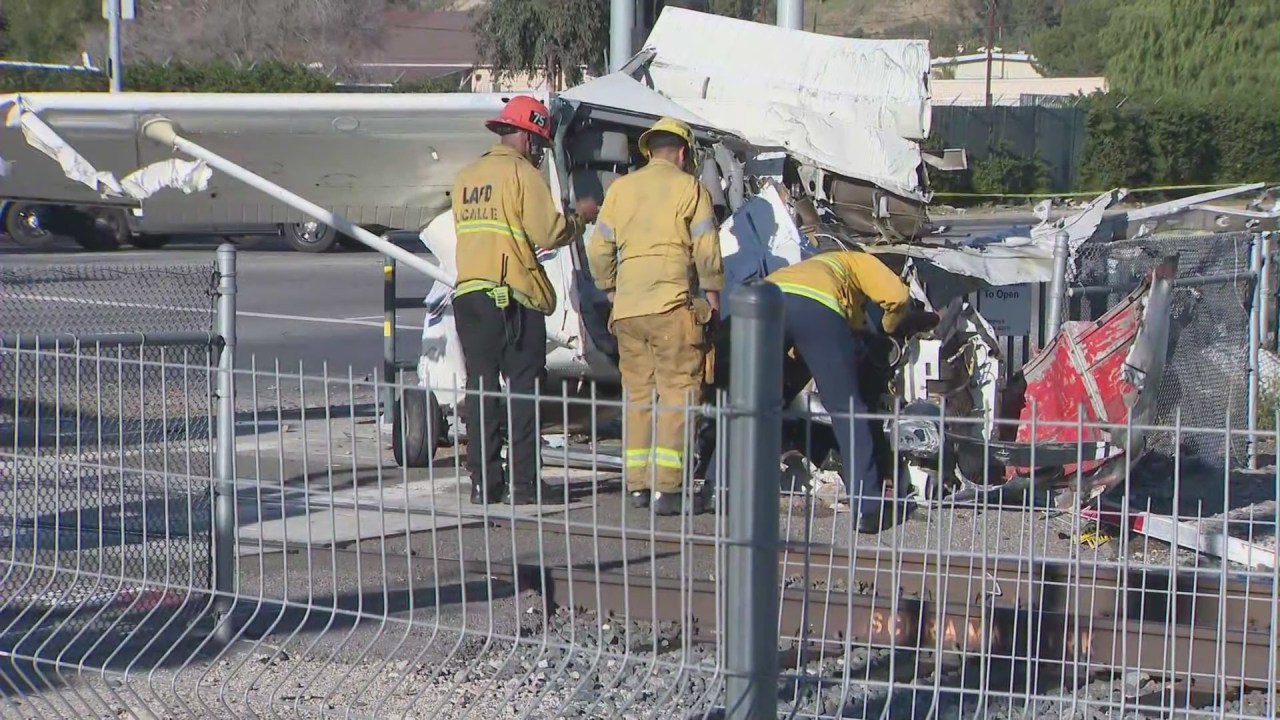 (KTLA) – A pilot was hospitalized after crashing a small plane into train tracks in California on Sunday, according to the Los Angeles Fire Department.

The accident, which occurred shortly after 2 p.m. in Pacoima, involved a “small single-engine aircraft”, which was damaged while landing on the Metrolink Antelope Valley train tracks near Whiteman Airport, the LAFD said in a pair of alerts.

The pilot was pulled from the wreckage by Los Angeles Police Department officers moments before a commuter train passed and struck the plane, the LAPD Operations-Valley Bureau said on Twitter.

The Associated Press identified the plane as a Cessna 172.

The LAFD took the pilot to a regional trauma center for treatment, the department said.

Body camera footage of subject officers appears to show the pilot as a middle-aged man, but the pilot’s name, age, gender, and condition have yet to be released.

The plane had landed on the tracks at a railroad crossing a few blocks from the LAPD Foothills Division station, and officers were on the scene almost immediately.

Train and car traffic was restricted as authorities contained a minor fuel spill and investigated the scene, firefighters said. The Federal Aviation Administration and the National Transportation Safety Board will investigate.

The Associated Press contributed to this report.

2022-01-10
Previous Post: X Plane 12 – Everything We Know So Far, Trailers, Release Date, New Screenshots
Next Post: “I’m trying to get on the plane, Kevin Durant, so finish the game”: Nets rookie Cam Thomas found himself shooting the last shot after asking KD to end the game early against Spurs