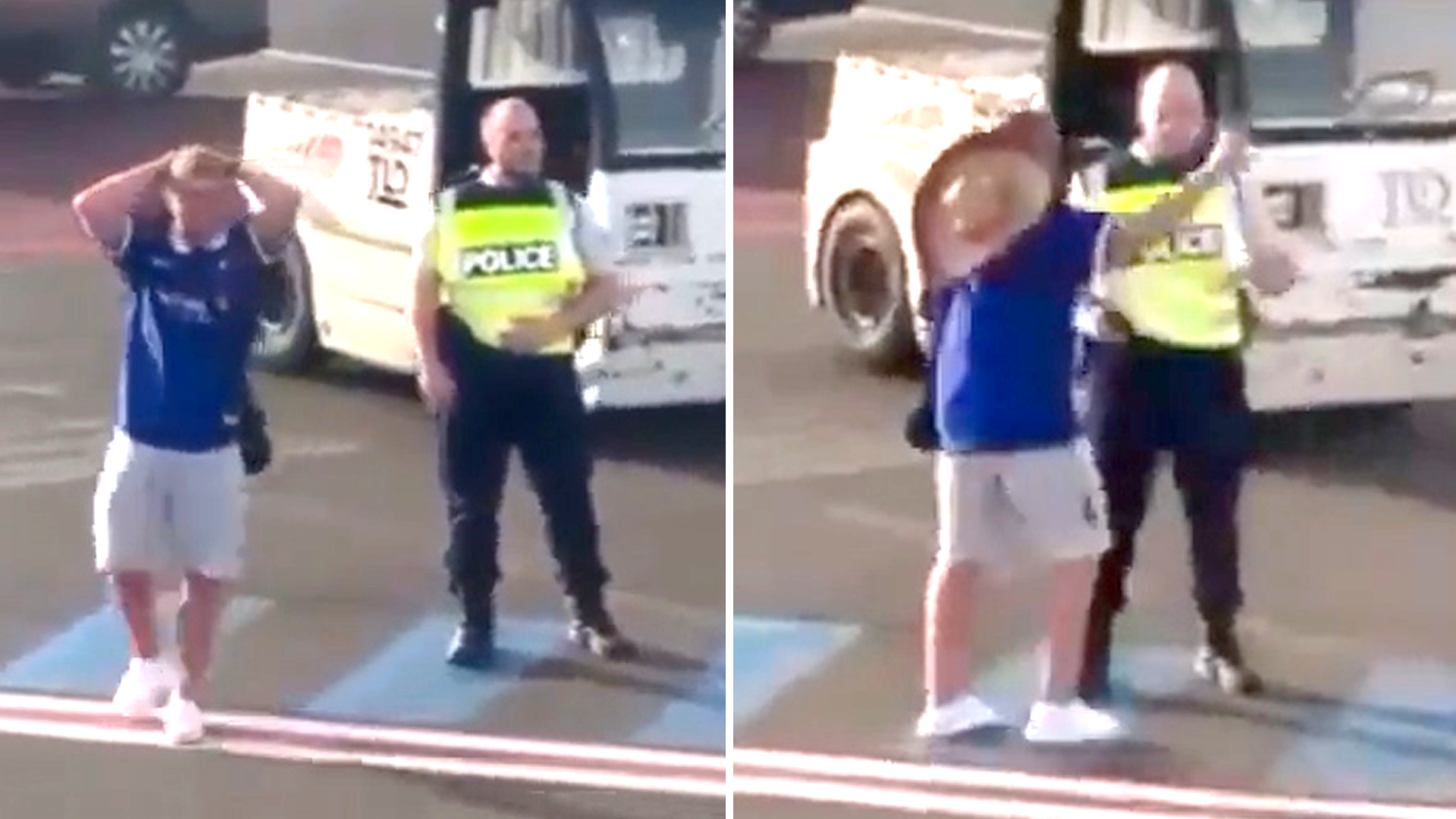 SIX rowdy Rangers fans have been kicked off a plane on their way to Seville as a flight was forced to divert.

But a number of ‘disruptive’ passengers were kicked off the Manchester-bound plane in Faro, Portugal – with one even removed before departure.

Footage on social media shows cops storming the Ryanair flight as it lies on the tarmac after an incident on board.

A Rangers supporter was later removed from the plane.

After being escorted off the flight, the distraught fan is then seen pleading with a ground officer outside the plane. 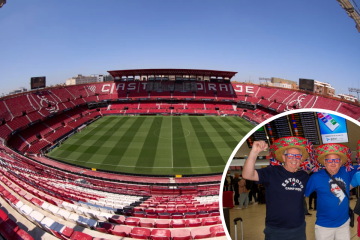 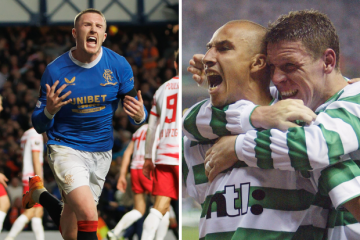 Another image then appears to show the same fan handcuffed as he stood on the tarmac.

The flight from Manchester to Faro also had to be diverted mid-flight.

He landed in Nantes, France, at 7:44 p.m., where five other passengers were abducted and taken away in handcuffs by police waiting on the ground.

Another drama unfolded at 36,000 feet aboard the flight when a woman suffered a medical episode and had to be given oxygen.

After treatment in Nantes, the woman was allowed to fly back and continue her journey to the Algarve.

An announcement about smoking or vaping in the restroom was made over the speaker system as a few fans allegedly ignored behavior guidelines during the flight.

According to French authorities, the five fans who were ejected from the flight in Nantes have been released after being detained by officers for a short period. There was no formal custody period or charges.

The flight then continued to Faro and landed at 10:04 p.m.

An eyewitness said: ‘It was absolutely appalling behavior from the moment they started getting run over at the airport before the flight.

“Watching it unfold was completely embarrassing – the elderly woman needed oxygen during the flight.

“She was taken off the plane, but later a few Rangers fans were taken off, she was allowed back on board.

“It was completely sickening to witness – such drunk and stupid people on a crowded plane at 35,000 feet.

“They just ignored everything they were told. The stewardesses did their best, but they didn’t listen at all.

A Ryanair spokesperson said: “A small number of disruptive passengers have been removed from this Manchester-Faro flight (May 16).

“One passenger was evacuated before departure, and following a diversion to Nantes, 5 other disruptive passengers were evacuated and received by the police on arrival.

“After a short delay of around 1h15 in Nantes, this flight continued to Faro where it landed safely at 22:04.

“Ryanair sincerely apologizes to passengers for the inconvenience caused by this delay.”

Earlier we told how club legend Graeme Souness issued a warning to those traveling as he urged supporters to behave on their best.

The former Ibrox player and boss was delighted to congratulate Van Bronckhorst’s men on their European run so far.

However, concerned about the club’s reputation, he pleaded with Gers supporters to act as ‘ambassadors’ during and around the match.

He said, “They’ve done their part, now it’s up to you.

“You have to show up there, behave, party – but make sure you behave yourself.