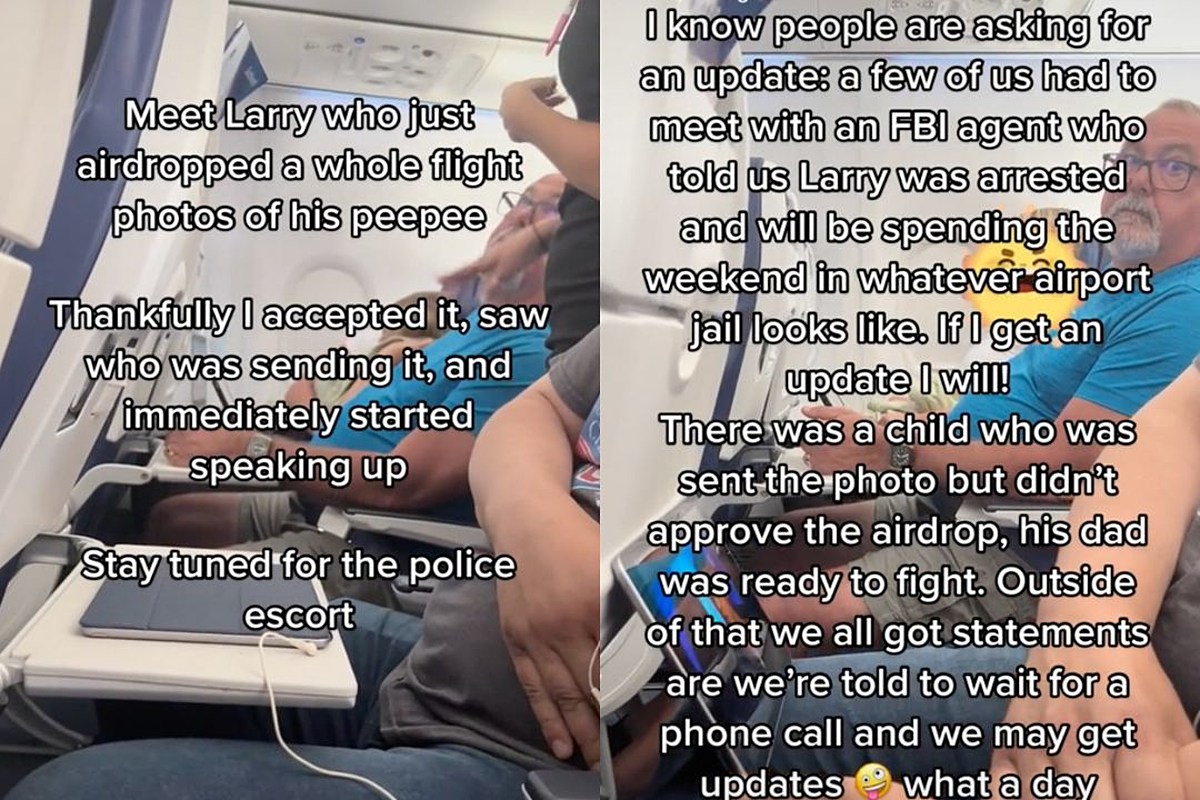 In a viral TikTok, a man named Lawrence “Larry” Martin was called on a flight for AirDropping an NSFW photo to the entire plane.

The caption reads: “Meet Larry who just AirDropped an entire flight of pics of his pee.”

Luckily, the poster saw him in the act and called him out.

When a flight attendant asked, “Why are you doing this?” the man replied, “I’m just having a little fun.”

The person who recorded then added: “It’s sexual harassment”, which the stewardess accepted.

One commenter said: “The way he just admitted it like he didn’t know it was wrong????”

To make matters worse, the stewardess confirmed that there were indeed children on the plane, who had devices like tablets.

Check out the original video, below:

In a follow-up video, the person who recorded the incident asked the man, “Hey Larry, do you have a TikTok?”

He said no, to which the person replied, “Aw, darn.”

The video was captioned with further explanation of what happened after the AirDrop.

Apparently, a few people on the plane encountered an FBI agent who informed them that Larry had been arrested and “would be spending the weekend in airport jail.”

The person then confirmed that a child also received the AirDrop but did not accept it.

“There was a kid who got the picture but didn’t approve of the AirDrop, his dad was ready to fight,” the person said.

“What a day,” they concluded.

“If he had [done] by accident and apologized would be one thing, but he clearly doesn’t think he did anything wrong,” one commenter noted.

Other commenters praised the person for speaking up and recording the chilling interaction.

“Thank you for speaking up. Behavior like this is huge and cannot be tolerated,” one said.

The original video has over a million views, so it’s safe to say that creepy Larry was indeed exposed and dragged by TikTok.

25 real crime scenes: what do they look like today?

Below, find out where 25 of history’s most infamous crimes took place – and what these places are used for today. (If they remained standing.)

2022-06-25
Previous Post: China condemns US military overflight over Taiwan Strait
Next Post: MiG-27: its gun was so dangerous that it damaged the plane