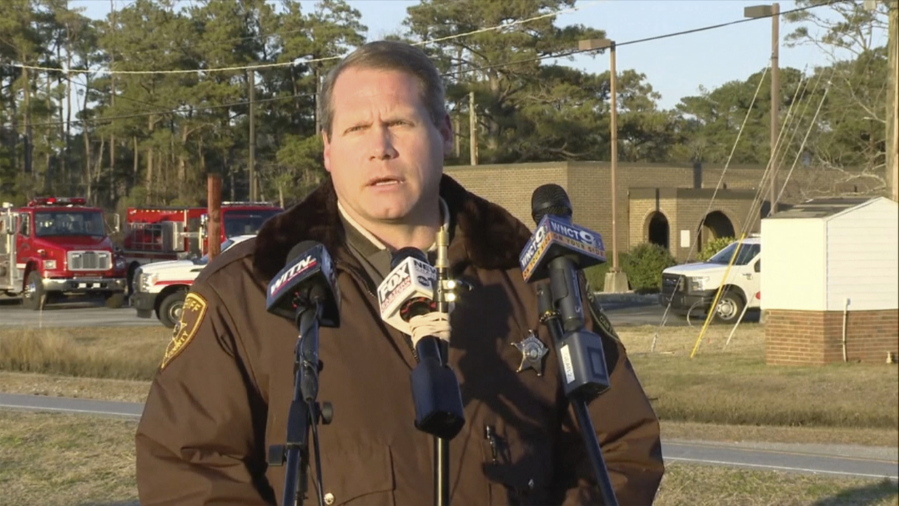 The families of four people – including three teenagers – who died in a February plane crash off the coast of North Carolina are suing the companies that owned the plane and employed the pilot, who also died. The lawsuit claims the pilot failed to properly fly the single-engine aircraft in weather conditions with limited visibility, blaming the companies.

All eight people aboard the Pilatus PC-12/47 died when it descended into the Atlantic Ocean off the Outer Banks. Four teenagers and two adults on the plane were returning from a hunting trip. The other two were the pilot and his adult son, who was a student pilot, the suit said.

The wrongful death lawsuit was filed Tuesday in Carteret County against EDP Management Group LLC and Green Assets, both of Wilmington, and Dillon’s Aviation of Greenville.

The plane took off on February 13 in the early afternoon from Hyde County Airport, which is on the mainland near Pamlico Sound. The plane’s destination was southwest across the strait to Beaufort, which sits along the southern edge of the Outer Banks in Carteret County.

The lawsuit alleges pilot Ernest “Teen” Rawls failed to maintain control of the aircraft and flew improperly in weather conditions with limited visibility that required the use of instruments.

The lawsuit also claims that Rawls failed to maintain adequate communication with air traffic control and failed to avoid restricted military airspace, “leading to an erratic and irregular flight path.”

The lawsuit alleges that Rawls improperly relied on a co-pilot with “inadequate training and experience” to fly in the restricted airspace and in those weather conditions. Rawls’ son, Jeffrey Rawls, would have had 20 hours of flying experience, the suit said.

The lawsuit also claims that Rawls failed to conduct a proper weight and balance assessment before taking off.

A person who answered the phone at a Green Assets number said the company declined to comment. The Green Assets website listed Hunter Parks, one of those who died in the crash, as its founder and chairman. His family is not among those who filed the complaint.

Emails and phone messages seeking comment from Dillon’s aviation and IT management group were not immediately returned.

In late February, the National Transportation Safety Board said in a preliminary accident report that the pilot made no distress calls and no emergency declarations.

The plane had reached 4,700 feet (1,430 meters) and was climbing rapidly, according to the NTSB report. There was no response to calls from an air traffic controller and radar contact was lost.

A final NTSB report has not been released.

Andrew Robb, a Kansas City-based aviation attorney who filed the lawsuit on behalf of the four families, said over the phone that the lack of distress calls and the plane’s climb altitude were the characteristics of a disoriented pilot in space.

“If there was a problem with the mechanics or the electronics or something on this plane that caused that 3,000 foot climb, you would think the pilot would have established some sort of communication,” Robb said.

The lawsuit was filed by the families of passengers Noah Styron, 15; Michel Berger, 15; JacobTaylor, 16; and Stephanie Fulcher, 42.

Others on board included Parks, 45, and Jonathan Kole McInnis, 15.

Rawls and his son lived in Greenville, authorities said in February. Fulcher, Parks and the four teenagers lived in Carteret County. The mostly rural county is home to former fishing villages as well as tourist areas such as Emerald Isle and Cape Lookout National Seashore.

The four teenagers went to East Carteret High School, which has about 600 students.

Charlie Snow, a close friend of the pilot, told The Associated Press in February that Rawls had previously flown for Snow’s company, Outer Banks Airlines, and was highly skilled and extremely capable.

“If anyone could get out of something, if it was possible to get out of it, they could have done it,” Snow said.