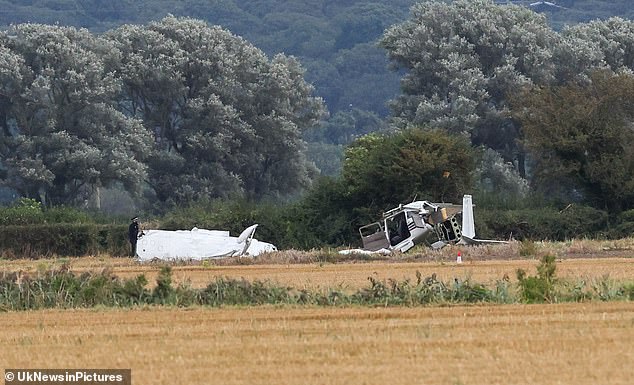 A 64-year-old teacher with cancer deliberately crashed a plane

A professor with cancer, 64, stole a plane from a flight instructor before deliberately crashing it in a Kent field to kill himself after having only three months to live

A professor with cancer stole a plane before deliberately crashing it in a field to kill himself after having only three months to live.

Dr Christopher Woollard, 64, flew lightly from a flight instructor after his terminal diagnosis specifically with the intention of crashing him, an inquest has heard.

After taking off, he spoke to the instructor over the radio, revealing that he intended to kill himself before handing over his bank details to pay for any damages.

He had flown to Rochester Airport in Kent for a pre-arranged flight lesson on the morning of Friday September 10 last year.

Dr Christopher Woollard, 64, boarded a flight instructor’s light plane after his terminal diagnosis specifically with the intention of crashing it, an inquest heard (pictured: the remains of the crashed plane) 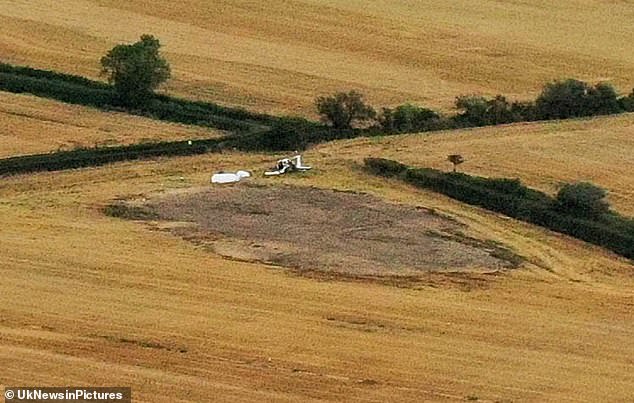 After taking off, Mr Woolard spoke to the instructor over the radio, revealing he intended to kill himself before handing over his bank details to pay for any damages. This image shows a patch of scorched earth in a field where the plane crashed

An avid trainee pilot, he had just under 75 flying hours to his name and about four hours of solo flying since his debut in March 2019.

The inquest at the Archbishop’s Palace in Maidstone heard that Dr Woollard’s flight instructor had given him the keys to carry out pre-flight checks as a normal part of training.

However, after completing the regular checks, he got on the plane and began taxiing towards the runway, radioing air traffic control and asking to speak to his instructor.

While waiting for his instructor to answer him by radio, the retired computer professor accelerated and took off without warning.

DS investigator Jay Barrett said that over the radio he informed those listening that he had been diagnosed with terminal stomach cancer and had three months to live.

He then gave his instructor access to his bank accounts to pay for the damage to the plane, said he wanted to kill himself, saying he would find an uninhabited area to crash.

It is believed that he then turned off his radio and the aircraft’s tracking system. 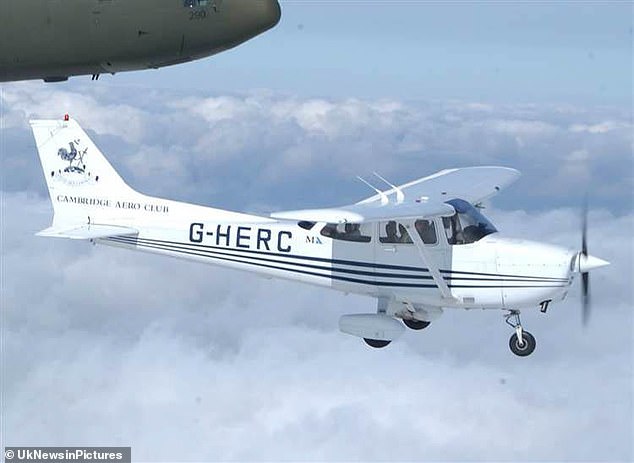 The plane, a Cessna 172 Skyhawk (seen in a photo file), came down in a field between Ruckinge and Bilsington on Romney Marsh

A full-scale search was launched, with the RAF Distress and Diversion Unit enlisted to find the aircraft, locating it over water just east of Lydd and south of Folkestone towards 10:44 a.m.

Just before noon the aircraft, a Cessna 172 Skyhawk, crashed into a field between Ruckinge and Bilsington on Romney Marsh in a “descending left turn”, hitting a hedge and crashing to the ground.

A passerby, Colin Bodie, was driving near the area after midday when he spotted the wreckage of the plane nearby.

Mr Bodie, his niece and his companion managed to drag Dr Woollard out of the cockpit to attempt to administer first aid while phoning the emergency services, but he was pronounced dead at 12.44pm. 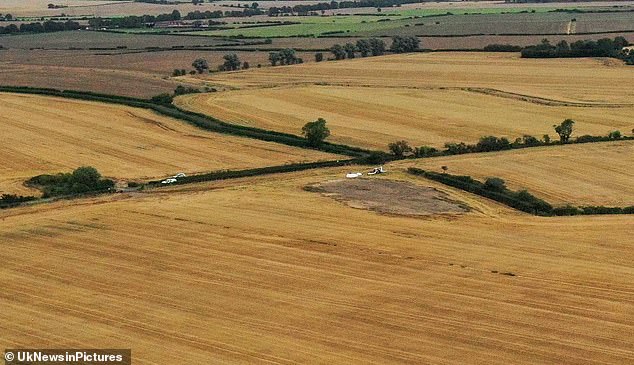 Investigators searched his home in Sidcup, Kent, and found his will left on his kitchen table.

Deputy Coroner Katrina Hepburn said: ‘On the balance of probabilities it is far more likely than not that when Dr Woollard brought the plane down on the ground he intended to take his own life.

Deeming the death a suicide, Ms Hepburn said: ‘I would like to offer my deepest condolences to everyone on this loss.

Anyone can contact the Samaritans for free anytime from any phone on 116 123. Or you can email [email protected] or visit samaritans.org for more information.