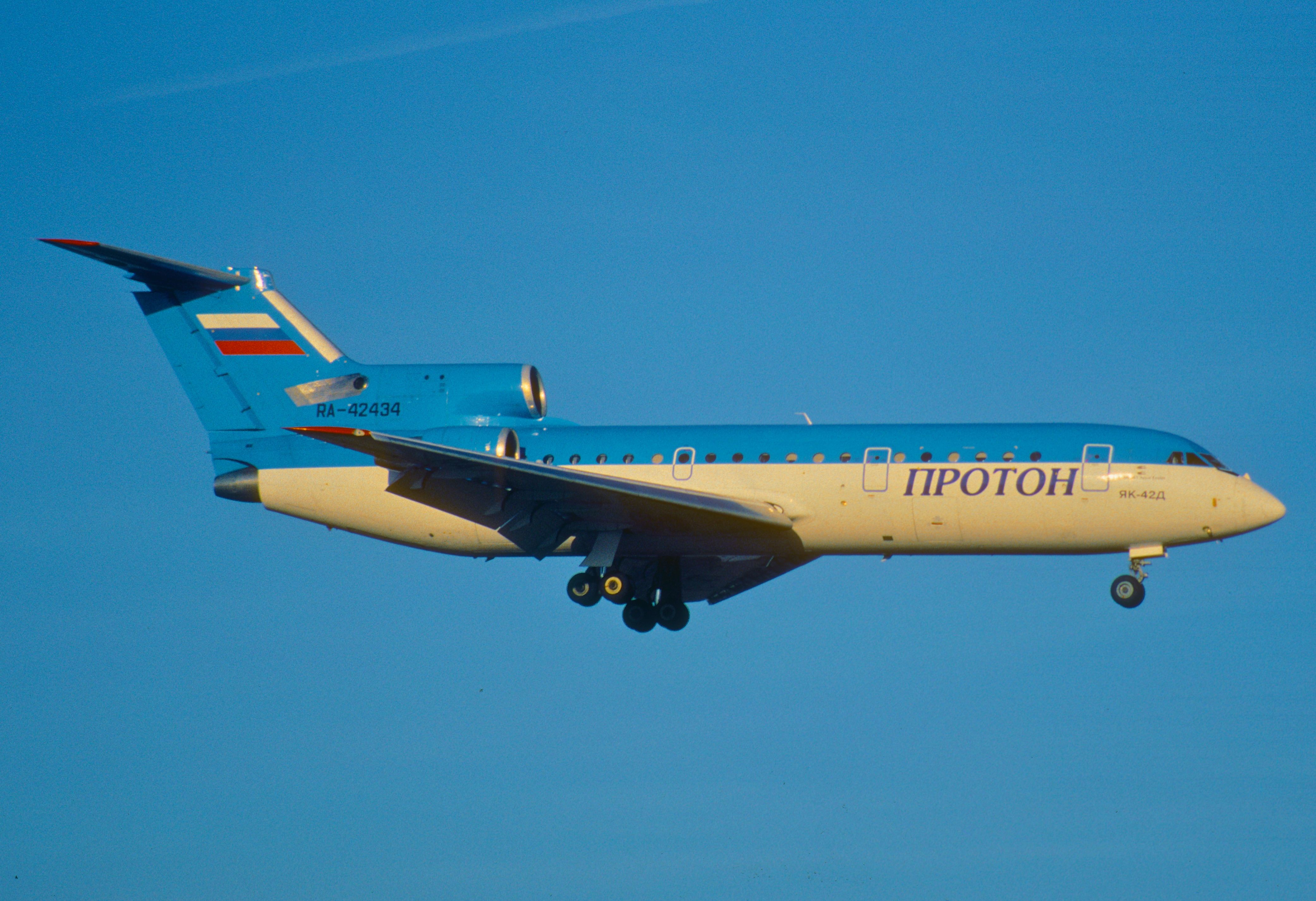 11 years ago, a plane crash wipes out a Russian ice hockey team

While everyone has heard of the Munich air disaster of February 6, 1958 in which BEA Flight 609 crashed on its third attempt to take off from a slush-covered runway in Munich, how many of you have heard of YAK-Service Flight 9633? Unlike in the UK, where football is king, ice hockey is the most popular sport in Russia and is followed by millions of people.

The Yak-42 three-engine mid-range passenger jet was developed in the mid-1970s. Image: GCmaps.

Everything was fine before takeoff

Operated by aircraft charter company YAK-Service, Flight 9633 entered runway 05/23 at taxiway 5, located 980 feet from the runway threshold. Runway 05/23 was 9,800 feet long, which meant the three-engine aircraft had 8,900 feet for its takeoff run. The pilots set the flaps to 20 degrees (takeoff position) and the stabilizer to -8.7 degrees (nose up).

After performing a control check, the plane accelerated to 140 mph but failed to take off. With weather conditions at Tunoshna Airport as perfect as possible, the aircraft ran off the runway, accelerating 1,300 feet past the end of the runway to finally take off. The YAK-42 then struck an antenna mast at a height of 20 feet above the ground. Following impact, the aircraft veered left and crashed on the banks of the Tunoshonka River 2 km from the end of the runway. Of the 45 passengers and crew, only one person survived.

Eyewitnesses to the crash gave various accounts of the aircraft bursting into flames after hitting the mast and the engines shutting down shortly before impact.

Immediately after the accident, the Interstate Aviation Committee (MAK) opened an investigation into the circumstances of the accident. The flight data recorders were recovered and samples were taken of the fuel, which was found to be in good condition. Flight recorders indicated that the aircraft’s adjustable horizontal stabilizer was set at 8.7 degrees “pitch up” and its wing flaps were in the 20 degree takeoff position. After examining all three engines, it was determined that they were functioning properly until mast impact. Initial results indicated the following:

On September 14, 2011, a Moscow newspaper reported that a parking brake was still applied during takeoff. This theory was later debunked by experts who claimed that if the brake was activated there would have been skid marks and bits of rubber on the track.

Pilot error due to lack of training was to blame

After much analysis and speculation in the press, the commission of inquiry published its final report on November 2, 2011. The commission found that Yak-Service had not properly trained its Yak-42 crews and that the crew had not correctly calculated the take-off parameters. He also said that while one of the pilots was increasing thrust, the other was applying the aircraft’s brakes. The co-pilot was also found to have phenobarbital, a banned anticonvulsant, in his system.

Investigators also discovered that the two pilots had falsified documents indicating that they had completed the required training on the Yak-42.